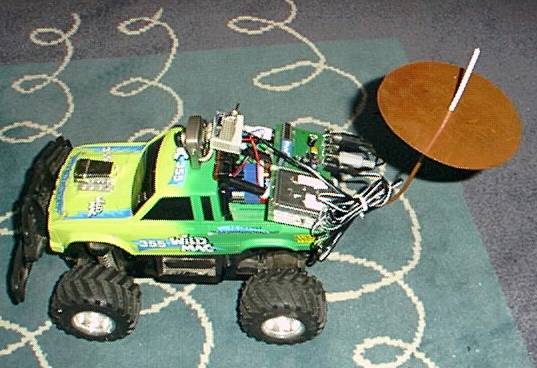 My ATV activity started in the summer 2002, when, at the Friedrichshafen Ham fest, I bought an ATV transmitter on the 24cm band.
In september I bought also a cheap and light CMOS color camera.

The very first test was performed as “camera car” installed on my radio controlled car model (see pictures on top). 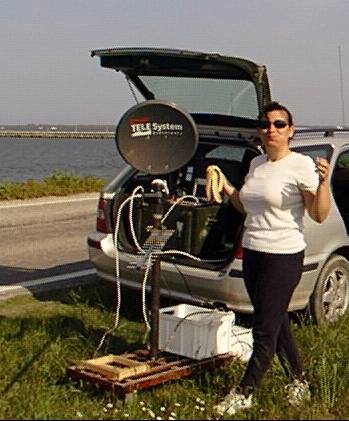 Time went by, and finally I met Giorgio IW3EDS and his friends of the Rovigo ATV team that gave me a lot of help in understanding the matter.

So I started to build my own ATV station, within an old box of R107, the Russian military surplus rig.
As Rx I used my old TVsat receiver, set in “narrowband” and modified for being powered at 12V for portable  operation. 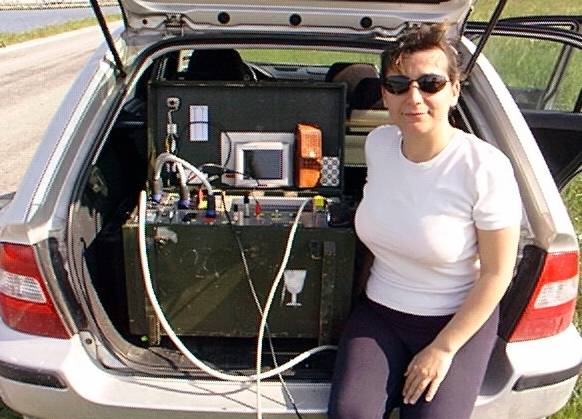 Tx is made of a CMOS camera with built-in microphone, character generator, 50mW exciter, 700mW driver with a  CLY10 and a final PA of 5W with a NEL1306.

First test was made using the trasponder installed on Monte Cero.

The 15 june 2003 I had finally my first ATV QSOs during the Veneto/Ancona contest where I got the first position on 1240 MHz. 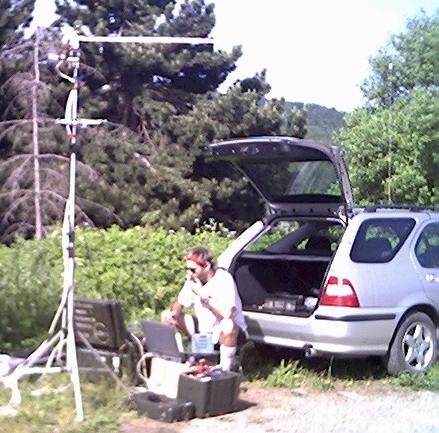 After this nice experience, I built a 10 GHz transverter, following the I2SG desing: 25mW and 2dB NF.

Not very much, but enought for the very first tests during the Contest IARU 2003.

In the fall 2003, I decided to set up something at my place, and this continuos upgrade is still “on going”…

A new camera arrived as well as a new 14″ monitor. 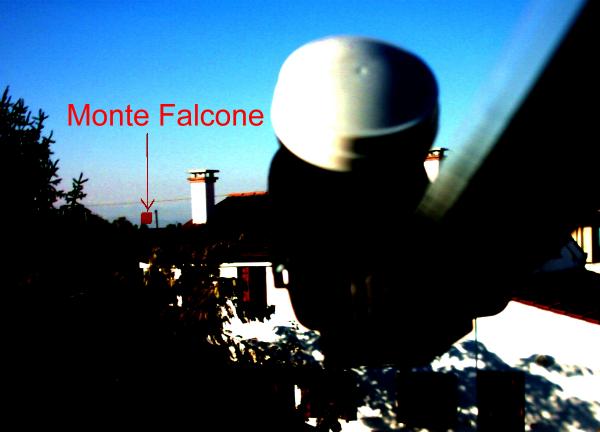 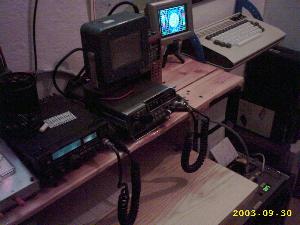 Then a new and much better receiver, following the design of Giorgio IW3EDS, my best teacher in this matter. Enjoy!

Very sadly, Giorgio, passed away on the summer 2005, leaving all us very estonished. Since then, my ATV station has slept on the shelf, waiting until Y2010 when it came back in service in my new QTH…