On the summer 2003, we all had, the great opportunity to watch the “red planet” very well, even at naked eye!

So, late august 2003, with the help of a very clean night together with a new moon period, I took some amateur photos, by mean of a Nikon digital camera (D100 model) and its own zoom lens 28-105mm.

At the beginning it wasn’t nothing else than a challange, but after the first shoot I realized that I could take something good out of this try.

I played quite a lot with the set-up of the camera, to get the best result.

All the shots was taken with the maximun quality, in raw mode giving out files of more than 6Mb each photo.

After some post processing to resize the file, I came up to the following result, handled even by the smallest PC: 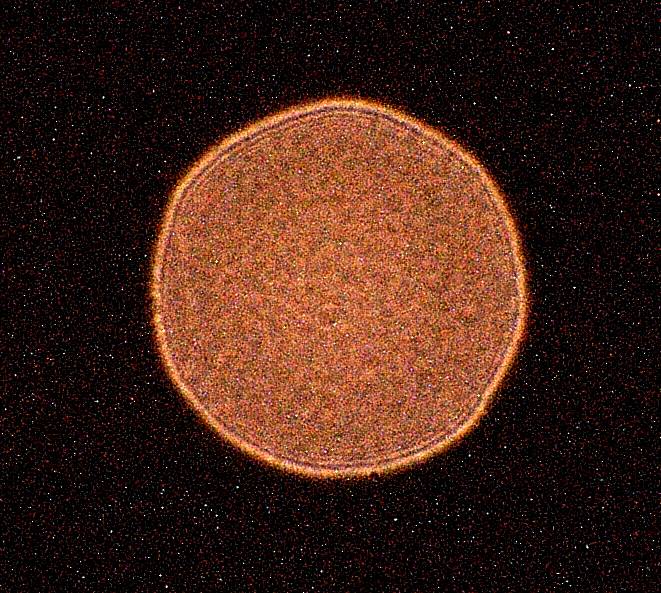